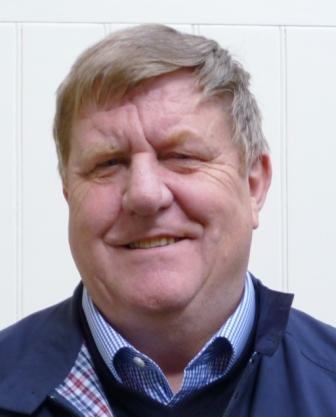 It was late 2008 when I ventured to my GP mentioning having to get up more frequently at night. So, the first PSA test, which at the age of 60 came back at 4.5. There followed 4 more PSA tests over two years with the last one being 6. With my GP retiring I was allocated a new doctor, who just happened to be female and she immediately sent me to the urology clinic at Stoke Mandeville where the finger test ended up with a pronouncement “I reckon you have a 30% chance of having prostate cancer” from the consultant. Sure enough, after a biopsy, consequential serious blood infection and 3 weeks in Wycombe hospital the diagnosis was confirmed.

There was no second thought about taking up the offer to have the prostate removed - I’m not sure my wife and I even listened to the rest of the conversation about radiotherapy!

After the op in early 2010 and salvage radiotherapy in 2011 the situation stabilised for almost 5 years, with virtually zero PSA readings. It was at this time I decided to try and help others in a similar situation and I joined my local support group (Aylesbury Vale) and became involved with Tackle Prostate Cancer, taking over as Chairman in 2015. I was also invited to join the FOPS Council, which helped bridge the gap between national and local issues.
It was in 2016 when my PSA started to creep up, mainly because of the couple of positive lymph nodes they found at the time of the original op. This is when the trouble started, or I should say – I boarded the rollercoaster.

Cyberknife radiotherapy followed on the lymph nodes in the spine, but with limited success. Then came hormone therapy in 2017. First was Bicalutamide tablets – they did not work, then Decapeptyl injection – PSA kept rising, then Enzalutamide – no effect. Apparently, I am part of the very small percentage of the male population for whom hormone therapy does not work! This was when the emotional and psychological aspects of living with prostate cancer came into play. It was fine travelling the country talking to support groups and helping others but when it comes to facing up to helping oneself- well I found that difficult, if I’m honest.

There followed a drugs trial with an ovarian cancer drug that was proving effective in USA for advanced prostate cancer. At this time my lymph nodes had progressed and I now had 12 bone metastases in the pelvis, hip, ribs, spine and shoulders. However, this was not successful for me as my PSA rose dramatically and progression was evident.

So, what next? The latest chapter in the story is Chemotherapy running from March to September 2019. Who knows if it will be successful?
What have I learnt during this journey? I do still wonder what would have happened had my GP sent me to clinic earlier, and maybe I might have avoided the cancer getting into my lymph nodes. I can’t turn the clock back , but I wished I knew then what I know now! What do I know? - there is life after prostate cancer, it affects more than just the patient and that the mind games can be quite challenging. What to do? – have faith in the clinicians, keep a positive mental attitude and recognise there are others worse off than oneself.

Phil's Story I have worked for myself for the majority of my working career and have kept myself fairly fit. On looking back on the 2 years before I was diagnosed with P.C. I was getting very tired in the late afternoons, but put this down to business pressure and old age. After having a healthy sex life, I was... Read more...