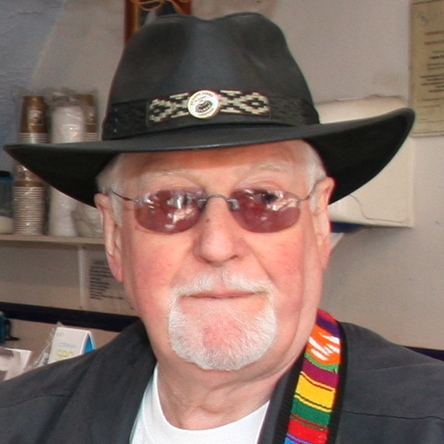 It was quite a shock to be diagnosed with prostate cancer in November 2008. I had been to the Doctors with a waterworks problem as many men do. I got up a lot at night but had had this problem a long time. I had various tests but no improvement on my water works. So at 71 years of age I decided to have another visit to the Doc. The dreaded but necessary ‘umpire finger’ bought a ‘Hmm’ from the Doctor. A PSA blood count of 9 which, although not that high, had increased significantly in the short time since my last test. The Doctor then sent me to a Specialist for a further examination followed by a biopsy which was found positive. I was categorized as T3 the maximum being T4. On or over T4 could mean the cancer spreading to the bones. By going to the Doctor when I did proved to be "just in time".

Because of my medical history, a stroke in 1995 and a tendency for blood clots for which I am on Warfarin, I was advised to have radiation treatment. There are various treatments, the most common being an operation to remove the Prostate by laser or surgery. This was deemed a no go for me.

So after a few consultations and a 3 months starter treatment of hormone injections [as described on the Fopsters CD] I was marked up and weighed at Mount Vernon Hospital for my treatment. It was during this time, March 09, I met Bob Arthy who was forming a Prostate support Group in Chorleywood called the FOPS [Friends of Prostate Sufferers] and was organizing a Prostate Awareness Day in the Village.

I accompanied him strolling through the Village and into Shops singing and playing our guitars. Bob had written a very catchy song making a case for compulsory, or certainly more available, checks for men of a certain age. About this time I also wrote a ditty chronicling my experience so far. This in some way detracted any negative thoughts about my condition and the oncoming treatment. In fact trying to perfect my guitar playing, and being part of Bob’s team, relieved most of the stress that can accompany cancer treatment.

My pelvic area was targeted for precise radiation treatment. Cancer modules had been found around the pelvic area so I had four weeks of radiation on this area, followed by four weeks on the actual prostate, this being eight weeks of treatment every week day. After three weeks I found the radiation kicked in, extreme tiredness and very regular visits to the loo are forecast by the Hospital Doctor and he was spot on. I was allotted a McMillan Nurse who I could phone when things were rough, or indeed whenever I wanted advice, etc. All through this my lovely Wife listened to me, cared for me when I was low, and drove me to the Hospital during the treatment when I was tired. We were given a diet by the Hospital but my appetite had gone and I was not eating and lost weight. The Hospital told me to eat heavy protein and high calorie foods, anything you are not meant to, such as Mars bars, chocolate, biscuits etc. to put back on the weight. If you lose weight the radiation target marks move and your weight ratio to radiation is affected so the Hospital did not approve of this.

After eight weeks the treatment was over but then I was told "the worst is yet to come" as the radiation stays in the body for a further amount of time working consistently on the prostate. It did affect me this way with nausea and diarrhea but this is all reliably predicted by the Specialist and a necessary experience to go through to beat the Cancer.

All these side effects slowly receded for me and at the time of writing I feel 100%. This has taken a full year which has passed quickly and I thank goodness that I visited the Doctor when I did. My PSA has been taken twice since radiation finished and is down to 0.1 which is exactly what the Specialist wanted. I will be having 3 years of hormone injections every three months to lower the testosterone count which hopefully eliminates the cancer.

In April 2012 it will be three years since I started my treatment. All problems seem to be in the past and I have been feeling very well. Obviously I am glad I went for that PSA test back in November 2008 and I can only quote my last verse of my Song which I have written about my experience with Prostate Cancer.

To the Doctors and the Nurses
and Technicians too
My Family and myself
give grateful thanks to you".

All you guys out there you owe it to your family
Your Partner or your Wife
So get down to the Doctors now
It might just save your life."

On 2nd February 2019, in the early evening, Jim passed away because of a Melanoma that had attacked him.

Roger's Story It was late 2008 when I ventured to my GP mentioning having to get up more frequently at night. So, the first PSA test, which at the age of 60 came back at 4.5. There followed 4 more PSA tests over two years with the last one being 6. With my GP retiring I was allocated a new doctor, who just happen... Read more...