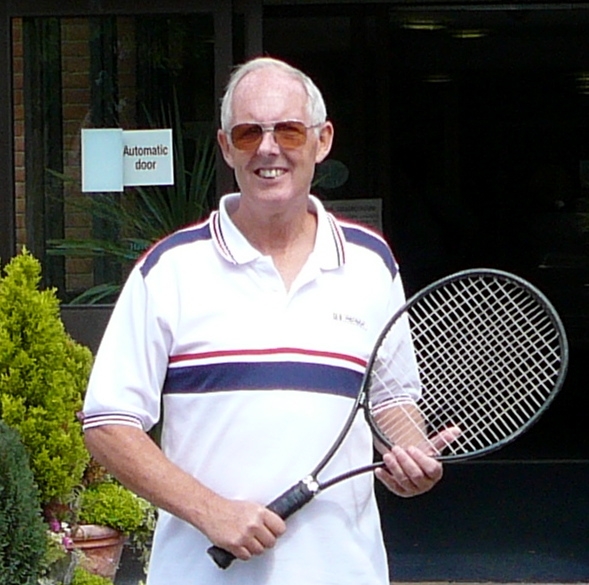 I am married, retired and spend part of the year in Cyprus. While I was there I went for a routine “Well Man” check up in April 2006 aged 60. All was well except my PSA (whatever that was) was a bit high (5.2 instead of 2.6 for men of my age). I was advised to get it checked out when I got back to UK.

At this point I should say I HAD NO SYMPTOMS of anything and didn’t really know what I was getting checked out for, but I went to the doctor anyway. He explained the relationship between PSA and prostate cancer and had a precautionary feel of the prostate up my back passage and reported there was nothing obviously wrong but I should have follow up PSA tests every 6 months (ie: watch and wait). – I was starting to get a bit concerned, but since I was fit and healthy, not particularly worried.

6 months later my PSA had risen and 9 months later is was nearly 10. The doctor had another feel but still nothing. (So I’m ok then?? – not necessarily) I was advised to go for a biopsy just as a further precaution and in Feb 07 I got the result. I had the big C – Prostate Cancer. To say I was gobsmacked was an understatement.

I was then presented with several treatment options that I had to select from – why me? – why didn’t I just get told what to do? Anyway I gradually came to terms with my predicament and went back to Cyprus for 2 months during which time I did a lot of research on the internet and phone, talking to experts and patients in Cyprus, Germany and the UK.

I settled on Laprascopic Radical Prostatectomy (keyhole removal of the prostate) which I arranged for my return to UK and had the operation on 13th June 2007 (carried out by Christopher Eden) in Basingstoke.

The benefits of keyhole surgery was that I was active sooner and back playing tennis (gently) in 3 months. My PSA went down to less than 0.01 and stayed there for a year but is now at 0.1 (low but rising!!!). Unfortunately I still have mild incontinence of the bladder and other related problems.

During my decision-making process I contacted several support groups (including of course my wife, family and friends) which helped a lot, but find I still need ongoing medical support because I still have residual problems. In one way I feel physically worse now than before the operation, but obviously my life expectancy has improved.

Sharing my experiences with others has made me aware that many of us face similar situations but they are all in fact different. It also means you don’t have to have symptoms to have a problem – it can be lurking there and, if it is, the sooner you find it the more chance you have of overcoming it. PSA readings are relative, and whether high or low, it is the rate of increase that triggers the warning.

I was extremely lucky – If I hadn’t been tested in Cyprus where PSA checks are routine and had the initial diligence and ongoing guidance of Dr Natasa Mala, I might not have found out until it was too late.

The good news is I now lead a full and active life and have joined the FOPS so I can help others (and in doing so I found it helps me too). Help is at hand – my advice is - USE IT.

It is now 30th November 2010 and I have just had my latest PSA which is 0.08 - excellent and a bit of a surprise. Note: my PSA testing is usually carried out at my local GP practice.

Previous results were as follows:
Aug 2007 - April 2008 - July 2008 - unrecordable
Dec 2008 - 0.04 - very low but a sign there is activity returning
Mar 2009 - unrecordable - but taken at a hospital where readings below 0.10 are regarded as unrecordable
July 2009 - 0.08
Dec 2009 - 0.10 - three consecutive increases indicate a potential problem so I arranged to go to Mount Vernon Hospital to seek advice regarding possible radiotherapy.
Mar 2010 - 0.07 - its gone down!!! - no explanation for this but I had been to Sri Lanka on a totally different diet for 2 weeks just before the test and so wondered if this was relevant. Mount Vernon advised no treatment was necessary as the reading had now reduced.
June 2010 - 0.10 - not good and now expecting more increases
Nov 2010 - 0.08 - wonderful news - its gone down again!! - GP said it has hopefully stabilised - again no explanation but I took cows milk out of my diet in March 2010 after reading Jane Plants book on Prostate Cancer where she relates similarities between prostate and breast cancer and how she took ALL dairy out of her diet to overcome breast cancer after she was given a few months to live (Jane draws parallels with prostate cancer) Note: When I visited Sri Lanka I also, by coincidence, had no cows milk and few dairy products.

Jane is still, many years on, very much alive. See "links to publications"

So now its back to 6 monthly checks - and continue with no cows milk - soya ok though.

I have to say I still have mild incontinence which I manage with pads when required, particularly when playing tennis, and still have erectile disfunction. All advice says I am not going improve in either function but at least the cancer appears under control.

It is now January 2012 and my last 2 PSA readings were 0.13 and 0.12 respectively - a slight increase but still not enough to warrant further treatmen.

Denis McCarthy Denis suffered from prostate Cancer during the latter years of his life. However, he really enjoyed being on the FOPS Council and chatting with our Consultants and his Councillor friends when he wasn’t busy contributing on current Council Matters which he found very comforting as he fought the... Read more...