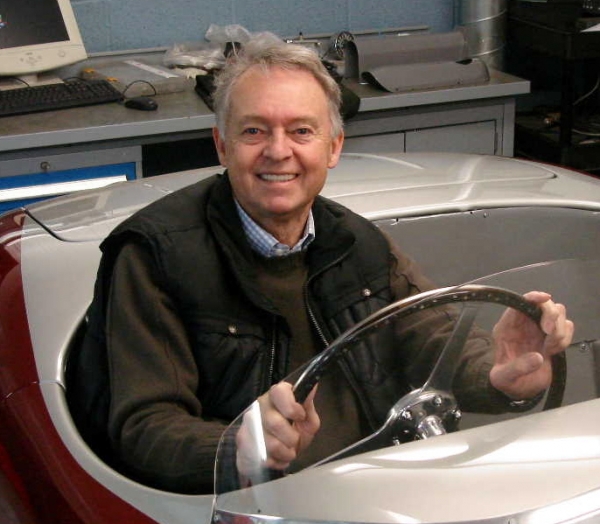 My life revolves round historic sports and racing cars, as does that of my wife and our three sons. I have raced cars for over forty years and always considered myself to be a reasonably fit and healthy guy.

When in 2007 I had a mini heart problem I thought “well ok I have a mechanical problem with one of my arteries but for sure that’s better than the big C”. I was wrongly convinced that I was destined to have one or the other.

In early 2009, aged 66, I was ready to race again and visited my GP for my annually required fairly stringent medical report necessary for renewal of my international RAC race license.

Following the examination I happened to mention that for a while “I sometimes experience a major urgency to pass water” and also that “I have been experiencing a severe pain at the base of my spine early in the morning”.

My GP made, what was for me, an embarrassing but important digit test (DRE) and declared the need for further tests to be taken by a consultant. The tests were speedily and efficiently undertaken at the BUPA hospital in Bushey following which I was recommended to see a urologist who undertook a biopsy of the prostate. At this stage I was sure all would be fine as my PSA was only 3 - about what would be expected for a man my age.

The following day however, I received a call from the hospital to say the urologist needed to see me. I thought there had been a mistake and told them that I had already seen him. I then phoned him directly and said “is there a mistake?”. He said: NO - I need to see you again as you DO HAVE CANCER”.

I was absolutely mortified and determined to have the best, most sure treatment asap.

Within a few days my wife and I were back with him and he advised that the prostate be removed together with the tumour that was present. He then informed me of the choices of conventional open surgery or keyhole surgery and explained the problems that were likely to result from either option. He could personally only carry out open surgery but I decided to get a second opinion (which I advise everyone faced with choices to do) before choosing.

I rang various friends with experience of such problems and was also fortunate enough to learn from my middle son (whose close friend Lord Burnham is chief fund raiser for Prostate Cancer Research) of Professor Roger Kirby at the London Prostate Centre. Within a few days I had seen Roger and his brilliant and friendly team, had further tests which confirmed the cancer, and decided on keyhole surgery, which Roger carried out using the da Vinci Robot method the following week. (No time to ponder!!)

The 4 hour operation went as planned and I left hospital one week later but was both incontinent and of course impotent - as was expected. I was effectively “wiped out” and unable to leave the house for six weeks due to exhaustion and the initial heavy incontinence. I needed a further six months to become reasonably continent.

My PSA is now as close to zero as can be measured and the aggressive cancer has (as best we can tell) been prevented from escaping the prostate capsule and spreading elsewhere.

I was very lucky and am now working nearly as hard as ever, looking forward to more motor racing and have no intention of retiring.

Importantly I am also ready to help others whenever I am able, and joined the FOPS as a means of doing so.

Bob's Story Passing water had became more and more of a strain, hence an appointment for a check up was made. "Your PSA is 18" said the doctor "and I'd like to examine your prostate, so up on the couch please. Hmm - your prostate is rather large, I'd like you to see a specialist." Hence in May 2008, my saviour,... Read more...

From 7.45pm (for 8pm start) on Wednesday 10th August 2022, we will be holding another Virtual Support Group meeting with our resident Consultant Urologists... Read more...

From 6pm until 9pm we will be hosting our 11th PSA Testing Roadshow at Christ Church in Chorleywood (WD3 5SG). Read more...

View all of our events