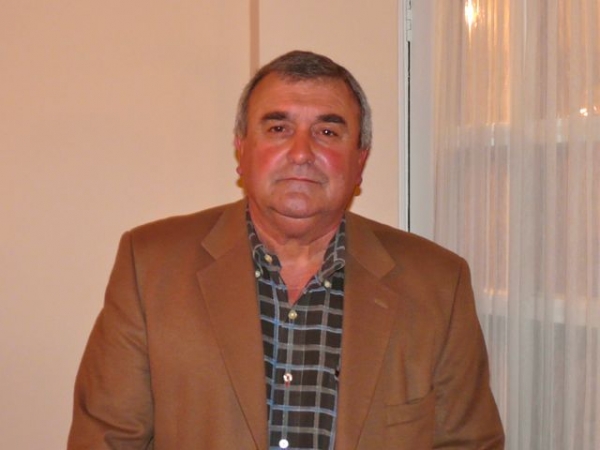 I have worked for myself for the majority of my working career and have kept myself fairly fit. On looking back on the 2 years before I was diagnosed with P.C. I was getting very tired in the late afternoons, but put this down to business pressure and old age.

After having a healthy sex life, I was having trouble passing urine and semen. If I wanted to urinate, I found I wanted to go back a few minutes later to finish off. All this could easily be put under the heading of "I'm getting old". In the 9 months before I was diagnosed with P.C. I also found on the odd occasion, when I had 2 pints or more, I suddenly had the waterfall urge and needed to get to the toilet quickly. Even then I would have to go 2-3 times more in the next hour.

I have been going to my regular check up at B.U.P.A and about 2 years before my diagnosis, they did spot that I had an enlarged prostate. This was reported to my G.P. who after DRE examination, informed me that it was slightly enlarged, but he thought that there was nothing to be concerned about. As far as I can remember, I was never given a PSA test.

I think this is the critical point of whether a man lives or dies. I did not know what a PSA test was then and had no reason to disagree with my GP. If I had not been married and had a wife that kept on pushing me each year to go to my yearly check up, I do not think I would have reached pension age.

I went for my B.U.P.A examination in September 2008 and ticked all the boxes as a fit "young oldie" I could have gone away feeling very happy with myself. It was the half hour consultation with the doctor, when I related the symptoms above, that kicked started the alarm bells. He decided that I should be looked at.

I was referred to Professor Tom McNicholas at Pinehill Hospital, Hitchin. He could not believe that I had not received a PSA test before this. My PSA reading was 6.7. I was then told that my reading was slightly high and it maybe something kicking off and I was very shocked to be told a few weeks later, following a biopsy, that I had P.C.

I chose the Da Vinci Robot keyhole surgery to take out the prostate completely. This was done on Feb 9th 2009 after a 5 hour operation. A year on and my P.S.A is zero and long may it continue.

After the operation it was found that my cancer had been aggressive and if I had left it for a further year my story could have been significantly different.

Like Davids story, I had urinal incontinence and was house bound for several weeks, until I found various pieces of equipment on the internet which enabled me to get out of the house and go to work. The problem has continued and in November 2009 I was fitted with an artificial urinary sphincter. I still use a small pad, but my life is back to normal, working 5 1/2 days a week.

One of my incontinent problems was that my bladder had become very lazy over the last few years and could only take a small capacity of fluid. I have just started taking a course of tablets to rectify this.

I am here to help anybody that wants to talk about pre or post P.C. operation.

It will be three years next month that I had my P.C. operation. I am now on yearly PSA tests.The next one is due in March and up to now it is zero, and long may it continue that way. I am now off all tablets, except cyalis, which helps with your sex life.

Looking back, it took a good two years before my body got fully back to normal. I still wear a small pad, but that is more a precaution"