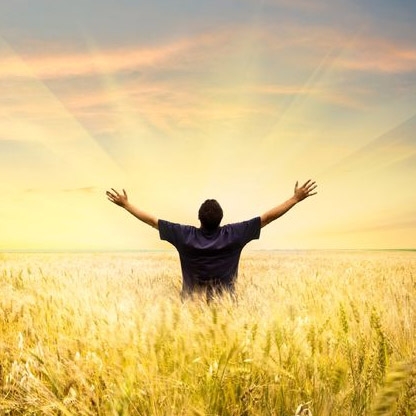 On the 21st and 23rd of December Dennis, a local popular garage owner, was told at Watford General hospital he had a PSA of 112 and then on retest 119. This blew his mind and in his words gave him 'high anxiety stress' which led him to contact the FOPS on Christmas Eve. Dennis talked to several FOPS that night and was re-assured.

So much so that he said ' Every single member of the FOPS was a great help in getting me to calm down and see things in perspective - I kept my sanity and was able to go back to work and forget the stress.

'The FOPS' he said 'Bought back Christmas for me'.

On New Year's day I received a text from Dennis in which he said 'The most wasted day is one without laughter' This is so strong I will be asking our Committee that meets monthly to use this message as a strap line to our Logo... ' ?

Statement by a Chorleywood Resident after having his PSA measured by a Bioscanner at Parade Pharmacy last December. “What a relief” “The best thing I have done for my own health this year.” “Checked my PSA and its normal”

Statement in January ’12 by Dave M a squash player and BPH sufferer at LA Fitness Northwood - who spying Bob creeping off a court after a whipping by the Club Champion said, with a big smile. “Haven’t felt so good for twenty years since I took your advice and received treatment from Alvan Pope. (Consultant Urologist and FOPS President)

Having been diagnosed with prostate cancer, with a Gleason a score of 7, I opted to have a prostatectomy performed in Nov 2011. After surgery I had to stay in hospital for three nights due to infection and constipation - never will I forget that. Came home wearing a catheter for 12 days. When the catheter was removed had urinary incontinence - kept thinking what the hell have I done to myself. I was depressed and felt really miserable. After a month went back to see the surgeon and moaned about it and he said “trust me you will get better, just keep doing the pelvic floor exercises”. He said that I would be dry in the night’s at first – just had to be patient. I then received the Pathologist’s report after surgery which indicated that my cancer was aggressive with some Gleason Pattern 4.

I tried to contact someone who had the procedure done. Googled for prostate cancer help groups and behold Bob Arthy’s name and number came up. Had a chat with him and then he said he would get someone else to ring me. .Jim Spencer rang me and we had a great chat and I felt much better and really good - "Jim you lit up my life"

Hey presto after about a week I was dry in the nights. -didn’t need pads. After about another ten weeks of pelvic floor exercises I was almost totally dry but would leak if I did any heavy lifting. So I went back to work, doing a little bit in the office environment ( not my cup of tea) but anyway better than sitting around at home on sick leave. Got appointment on 31st January 2012 to see the doctor after I have a PSA test done. Will keep you informed.

Brief history of my journey.

At the age of 68, my journey began in January '11, when I started to notice that I was having urgent needs to go to the loo. So, after a few weeks of this problem not going away, I made an appointment to see my GP, who gave me the finger up the back passage examination and informed me that I had an enlarged prostate. He then referred me to Mount Vernon for further examination and, following which, the consultant there arranged for me to have a biopsy. In early April, I received a letter to attend MV and see another consultant to discuss the results of the biopsy. It was then that the bombshell was dropped, I had the dreaded 'C', a PSA of 46.5, and would need a bone and MRI scan to find out if and where it had spread too. The scans showed that it had got into the lymph nodes and was inoperable, but could be controlled . Currently I am on 3 monthly hormone injections, have a PSA count of 2.8 (previous count of 2.7) and see my consultant every 3 months.

When the consultant gave me the news about my condition, my brain went into complete melt down and don't recall hearing much of what he had to say (apart for something like - don't worry, just get on with life!). Fortunately my wife had come with me and although being in just as big a shock as I was, later was able to fill me in on what was said. We were then taken to a side room where the support nurse gave us a pack containing information about prostate cancer and the various treatments available and contact phone numbers. I could not even look at this for some weeks, as I tried to get my head around what I had been told and felt that I was totally on my own, apart from my family. Like for most men I'm sure, some dark moments were experienced.

Fortunately, some weeks later, I saw an article in my local paper about a 'Road show' being held in Chorleywood to highlight prostate cancer awareness and which gave the contact details of Bob Arthy from FOPS, who were organising the event and whose members have themselves all been attacked by this beast. This is what I needed - to speak to somebody who knew exactly what I was going through and who themselves had experienced my fears, concerns, about the unknown. From the moment I made contact with Bob he was able to offer me reassurance, support, guidance and, more importantly, that all was not lost and that there was a future. He kindly put me in touch with other FOPS members, including Jim Spence and experts in the field which in turn has allowed me to have a much more positive outlook on the future, help restore my sanity, enjoy what each day has to bring and, even in my own small way, try and help fellow sufferers.

So for anybody out there who has been given the devastating news, there is help and support to be had and you are not alone in your journey and remember this – "Don't worry about something that may never happen."

I showed a female friend, who lost her husband to cancer (not prostate) a few years ago, our website to show her what the FOPS were doing to raise awareness and provide support for Prostate Cancer sufferers - and of course to demonstrate my skills in website design!!!

We trawled through most of the pages including dwelling on several FOPS stories and both found our emotions getting the better of us as we relived our respective experiences.

We ended up listening to the songs which she thought were both funny and a great way to get the message across. We laughed, then cried and hugged till we both felt able to talk. She said how wonderful it was and how moving the words of the songs were, and how she wished there had been something like that available to her and her husband when they were going through the dark times.

It just shows we just don't know how much help we may be giving someone we've never even met if they also browse our website.