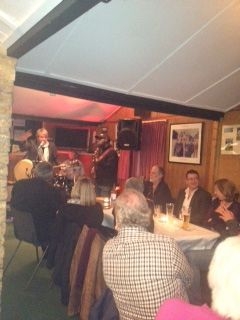 "Friends of the FOPS had a great 'Mexican' night at Chenies Cricket club last Saturday. Mick Flinn and his band were on 'top' form and our very own Jim Spence had his biggest 'gig' ever with them and his covers of Johnnie Cash songs and his own unique 'London' song. The atmosphere at the end was electric to the band's version of Elvis' 'Caught in a Trap'. We could have gone on for another five hours. Longer than the England team managed in Australia that night!" 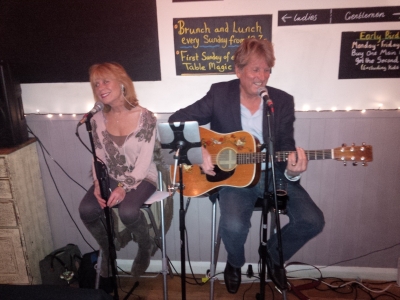 The FOPS took over Rootz Brasserie mid November to celebrate Prostate Awareness. Nearly forty turned up and heard the beautiful singing of Mick and Donna as we savoured our first courses. After the second delicious course came the Caberet of Viv Bartlett who was fantastic with his hand crafted politician send up, and then his HS2 mick taking song. Next came the 'Song' sung by Vartan and played with sweet jazz chords on his acoustic guitar. Vartan's sweet song was called "Just the way you are" a[...]